The Spanish way of life

You have every chance of being disoriented in a Latin country like Spain. You don’t need jet lag to feel like you’re on vacation. As soon as you arrive, you notice the different pace of life. About two hours separate you from the habits of other Europeans: after a quiet awakening, lunch usually takes place between 2pm and 3pm, and dinner around 10pm. As a result, the days end later. A nap because of the hot weather is not only a necessity, it is part of the Mediterranean culture. It is also thanks to the nap that the Spaniards, working later, share with us moments of friendliness and unforgettable culture from nightfall: you will be happy to join in this holiday rhythm.

Spanish cuisine mainly follows the famous Mediterranean diet. The diversity of Spain’s regions and terroirs makes it a very varied and renowned cuisine.
The long occupations she has undergone, Phoenician, Greek, Roman and also Moorish, have brought spices such as saffron or cinnamon, foods such as almonds, oranges, lemons and ways of preparing dishes.

Olive oil is much more than a basic natural ingredient for preparing hot dishes and salads. It is part of the history and the Spanish and Catalan culture in particular. Like the olive tree, it is synonymous with solidity, health, eternity, and enjoys a kind of affection among the Spaniards tinged with mysticism. There are many varieties of olives and they produce oils of great quality, especially those from the small arbequine olive with the delicate taste of artichoke, which was already prized by the Roman emperors.

Catalan olive oil is available in all recipes and occasions and goes perfectly with peppers, garlic, tomatoes and onions. These typical foods of Catalonia have enabled the creation of a highly appreciated gastronomy that has become traditional: such as, for example, “pan con tomate”, toasted bread, tomatoes, garlic and olive oil, which are tasted during the San Juan festival in June, to the tune of Sardana, this typical Catalan dance.

Another known recipe is Catalan coca, which can be served salty or sweet.
Another gastronomic glory of this country: the Iberian ham, the most famous of which is the Pata Negra ham, which comes from an extensive breeding of pigs in the wild, which feed as they please on oak acorns (Bellota) and give a marbled flesh of incomparable gastronomic quality.
One of Spain’s cult dishes is Paella: originally it is a popular saffron rice dish, which is decorated according to its taste and means with chicken, chorizo, fish and seafood. It is a friendly dish par excellence that you will enjoy with your family or friends.

Another institution of local cuisine is la Plancha, this cooking plate invented in the 19th century by the Spanish. It is used to grill meat, chorizos and vegetables. The plancha allows you to enjoy food in its authenticity, while preserving its original taste. It is also a tool for light cooking. You will also enjoy fish and grilled meat on the barbecue.
Finally, as a snack and as an aperitif, enjoy tapas, which often mark the beginning of a joyable and friendly evening, by tasting a variety of small dishes, all emblematic of Spanish cuisine, shrimps, squid, small skewers, mushrooms and vegetables, small fries…

The Castellers - the human pyramids

Catalonia is not the land of bullfighting, but the land of the castellers, true human pyramids, who illustrate a sporting, festive and solidarity dimension. It is the main attraction of the popular festivals which take place in a kind of stadium where you will feel the joy and fervour of the Catalans.
These human pyramids, as indicated by the Catalan name “castellers”, seem to constitute real human towers, illustrating the ancestral Catalan culture that has existed over the centuries.

You can find out more about which cookies we are using or switch them off in settings. 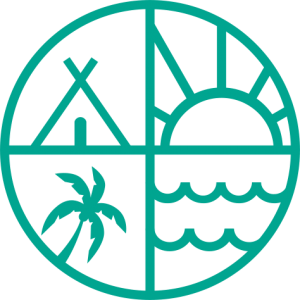 To help us better understand how our website is used, we work with Google Analytics.

We use Tawk To's third-party cookies to give you the opportunity to chat directly with us via a chatbox.